A series of digitally published content including texts and live discussions by some of the outstanding writers, scholars and public intellectuals who are part of the Debates on Europe network.

After thirteen “analogue” events, Debates on Europe moved into the digital sphere with Debates Digital: Text & Talks. In a series of essays and online conversations we focused on current societal challenges and political developments. This autumn, we will revisit the Debates Digital cities of Belfast and Minsk and shine a spotlight on other European cities.

The current situation makes the themes and questions at the centre of the Debates on Europe series more important than ever and the Debates Digital series gives insight into parts of Europe otherwise under-exposed in international media, from Minsk and Moscow in the east, to Belfast in the west. Inside reports on social, cultural and political developments are mixed with analyses of the immediate and long-term consequences of societal challenges.

As soon as the circumstances allow, the regular Debates on Europe will be back in cities across Europe. For the time being, we invite you to join #DebatesDigital and follow our events online! We also invite you to follow us on Twitter.

The essays in this series are published in English and German here on the website and by Voxeurop in English, German, French and Italian.

Keep up to date!

In our new Debates Digital talk, cultural anthropologist Ivaylo Ditchev gives unique insight into the on-going anti-corruption protests that have spread across Bulgaria since July. What is new about this movement, he says, is that it unites forces from the left and right political spectrum. Meanwhile, prime minister Boyko Borissov’s government is trying everything to divert attention from the protests and has vetoed EU accession talks with North Macedonia. This, Ditchev emphasises, does not serve Bulgaria’s national interest.

The conflict in eastern Ukraine might be out of the headlines, but it is far from resolved, notes television journalist Angelina Kariakina, who joins Debates Digital from Kyiv. As diplomatic efforts prove ineffective, more and more Ukrainians consider a fully-fledged war to be a way out of the stalemate. In a deeply polarized country, peace plans have little prospect of success.

Jan Carson, writer and community facilitator, joins us from Belfast: Speaking about the situation on the ground, Carson reflects on Belfast’s decimated arts community, Northern Ireland’s bolstered binarisms, and the overall state of the country: “What we’re looking at is the breakdown of the UK.”

Iryna Vidanava on the protests in Belarus

Iryna Vidanava, publisher and media expert, joins us from Minsk. Speaking about the protests that have rocked Belarus these past months, her message to people and politicians in Europe is clear: Don’t forget that for us this is about Human Rights, not geopolitics.

A talk focussing on the current protests at the Budapest University of Theatre and Film Arts, featuring László F. Földényi and Günter Blamberger.

Moscow and Vilnius: In and Out of Quarantine. The Virus as Metaphor and the Split Corona Personality

Sergei Lebedev and Marius Ivaškevičius talk about how the coronavirus pandemic brings back the Soviet past and how societies and mentalities both change and remain the same.

Belgrade and Budapest: Instrumentalizing the Health Crisis. On Herd Democracy and Human Dignity

Belfast and Minsk: The Pandemic as a Political Game Changer

At the very first Debates Digital event Jan Carson and Iryna Vidanava talk to Debates on Europe’s Carl Henrik Fredriksson about life during the pandemic and how the failures of politicians and governments in response to the Covid-19 crisis have caused allegiances to shift and paved a way for profound political change.

Croatia: The Virus, the Earthquake and the Bio-Economy of Tourism

In Croatia, an allegedly independent group of experts have pulled the strings in the handling of the coronavirus pandemic. But this crisis management has in fact been deeply political, writes journalist and novelist Slavenka Drakulić. Dependent on tourism, EU’s youngest member state plays a risky game where political power and economy stand against the lives of the most vulnerable. In the end the future of democracy could be at stake. 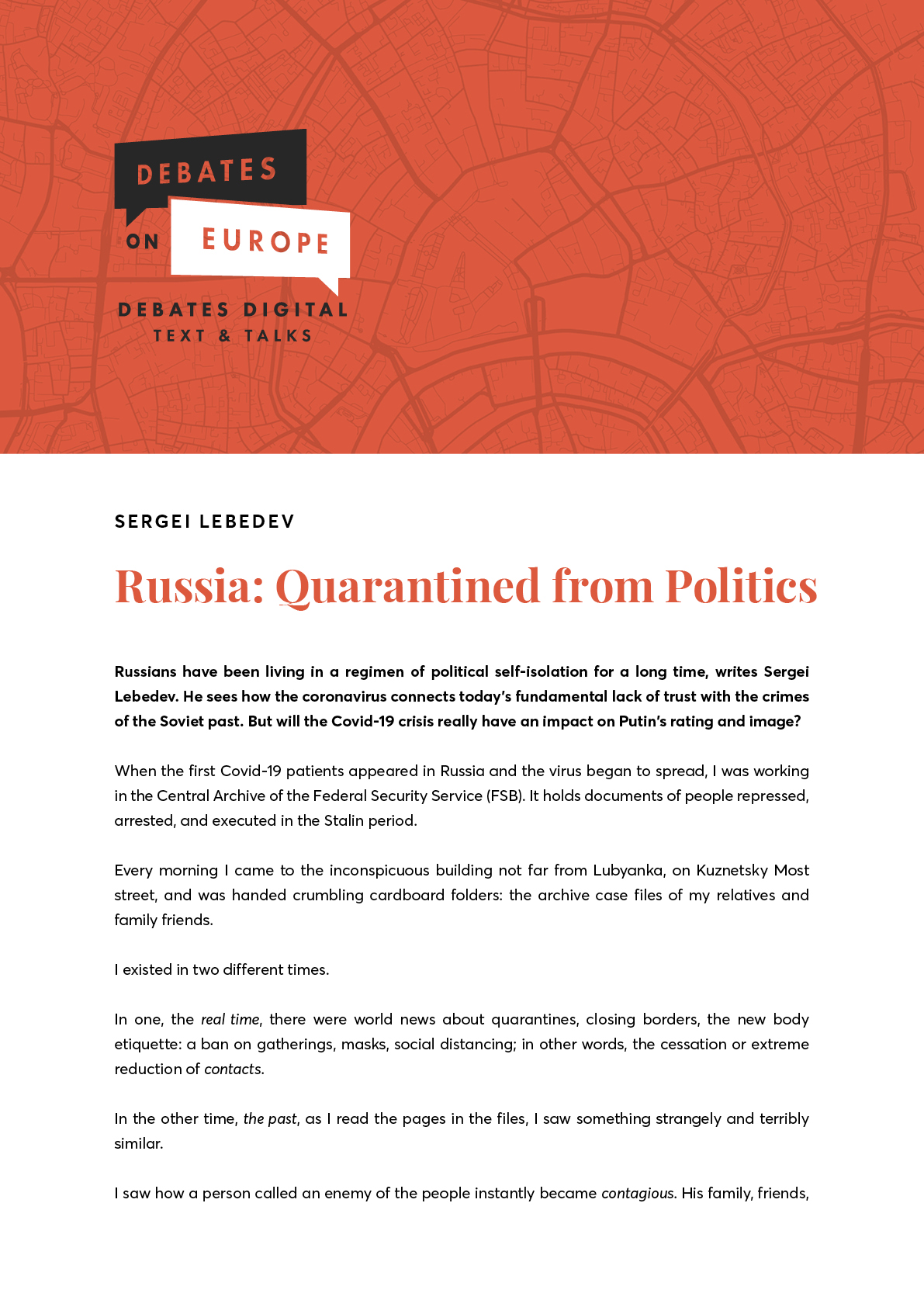 Russians have been living in a regimen of political self-isolation for a long time, writes Sergei Lebedev. He sees how the coronavirus connects today’s fundamental lack of trust with the crimes of the Soviet past. But will the Covid-19 crisis really have an impact on Putin’s rating and image?

When long-missed Lithuanian émigrés returned home during the Corona crisis they were no longer welcome. Like everything foreign they were treated as a threat. Marius Ivaškevičius diagnoses a split corona personality, torn between mourning the openness lost and enjoying the new sedentary isolation.

The coronavirus has revealed how fragile our freedoms are and just how little it takes to lose them. Both authorities and citizens have been complicit in turning the Covid-19 quandary into a manifestation of authoritarianism and social fragmentation, writes Serbian historian Dubravka Stojanović. Instead of herd immunity, we got herd democracy. 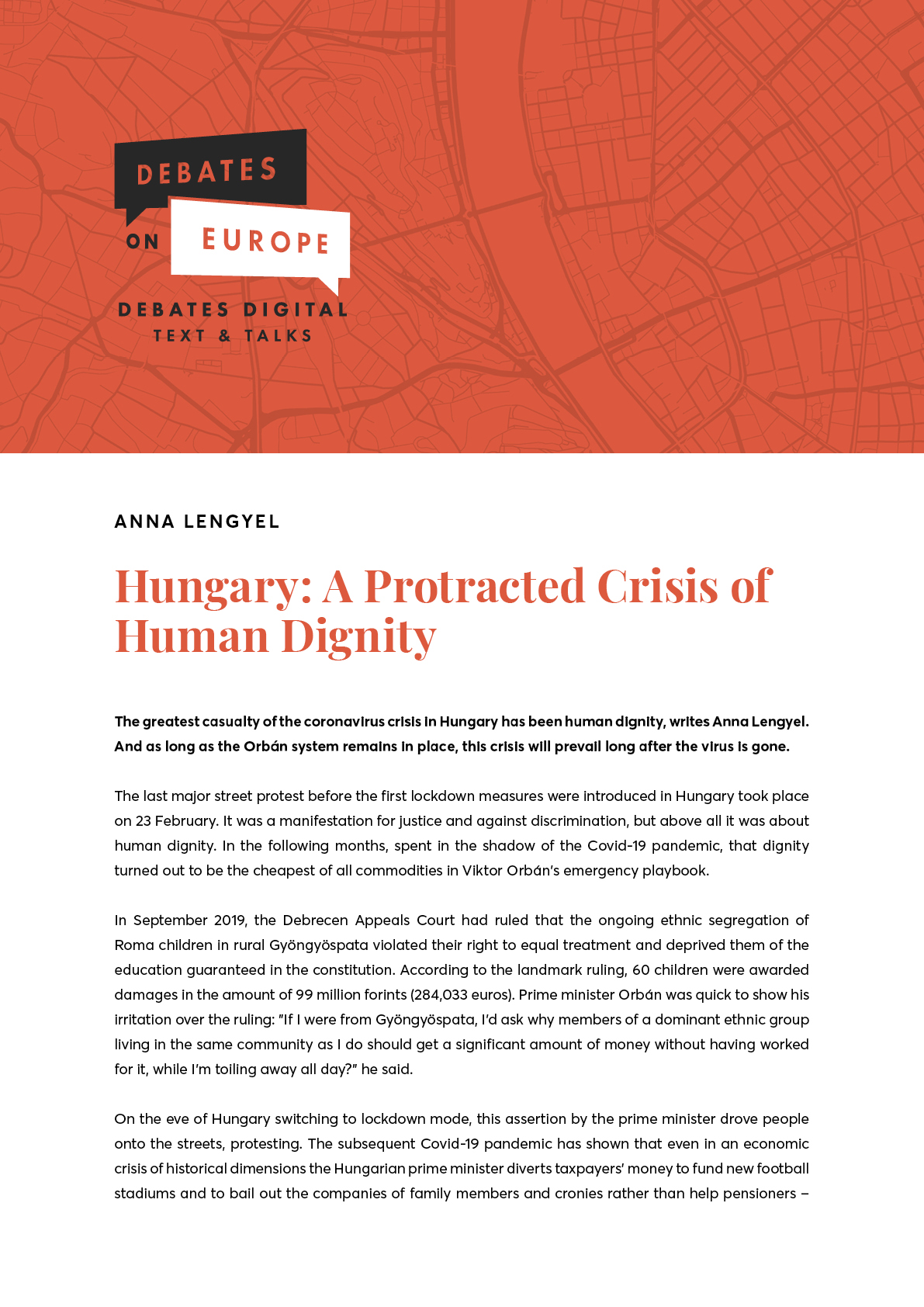 The greatest casualty of the coronavirus crisis in Hungary has been human dignity, writes Anna Lengyel. And as long as the Orbán system remains in place, this crisis will prevail long after the virus is gone. 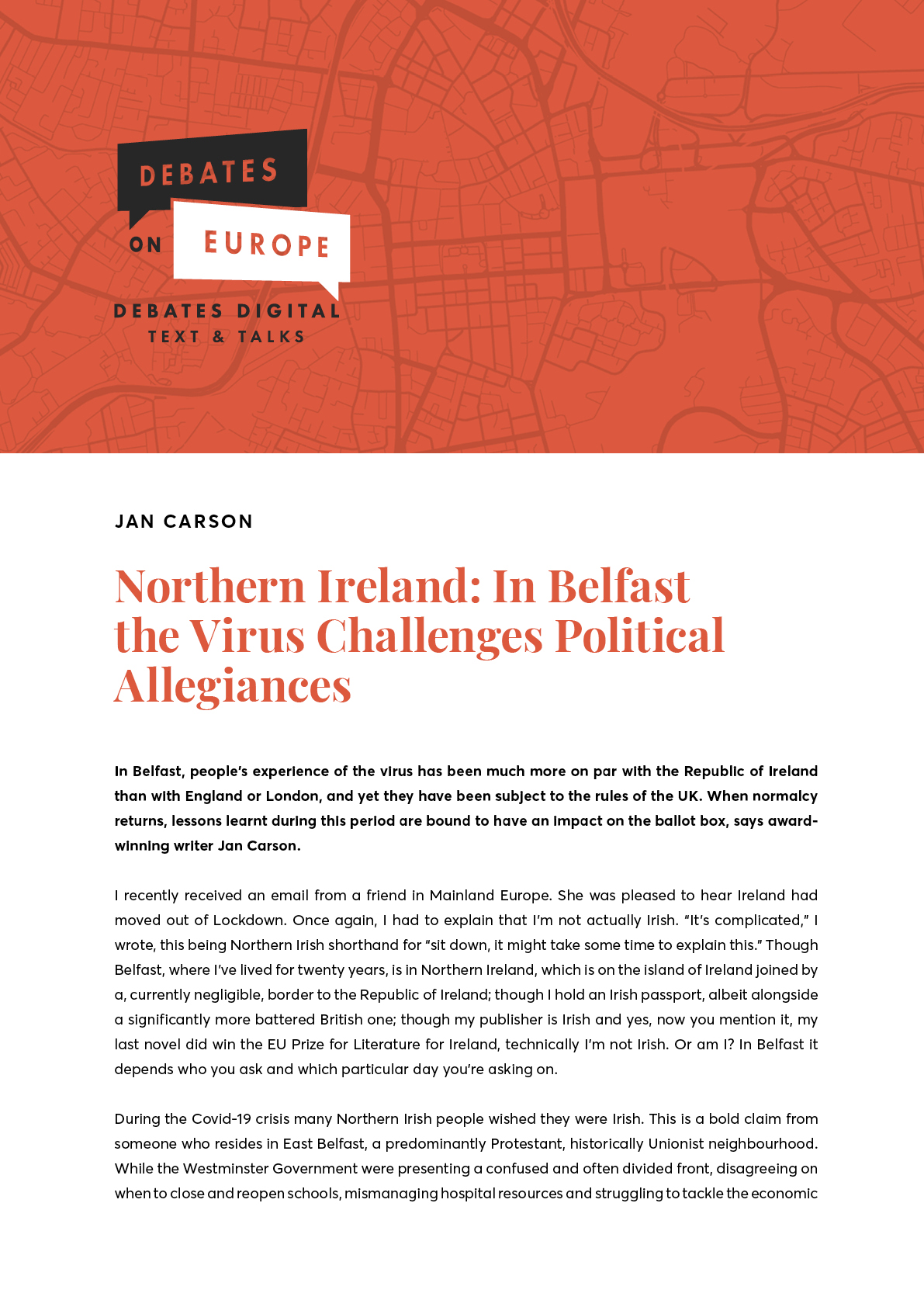 In Belfast, people’s experience of the virus has been much more on par with the Republic of Ireland than with England or London, and yet they have been subject to the rules of the UK. When normalcy returns, lessons learnt during this period are bound to have an impact on the ballot box. 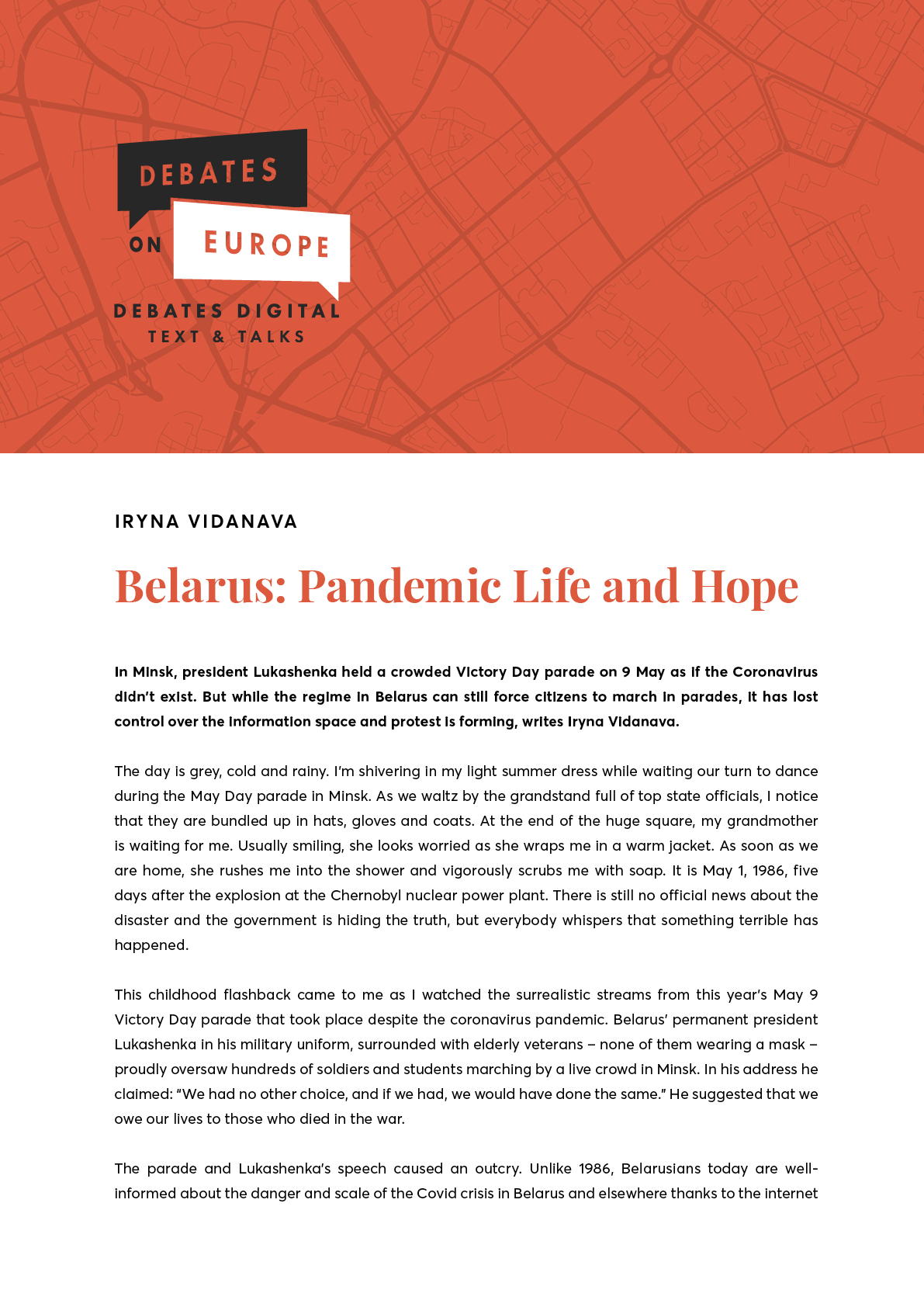 In Minsk, president Lukashenka held a crowded Victory Day parade on 9 May as if the Coronavirus didn’t exist. But while the regime in Belarus can still force citizens to march in parades, it has lost control over the information space and protest is forming.

Speakers and Authors at Debates Digital 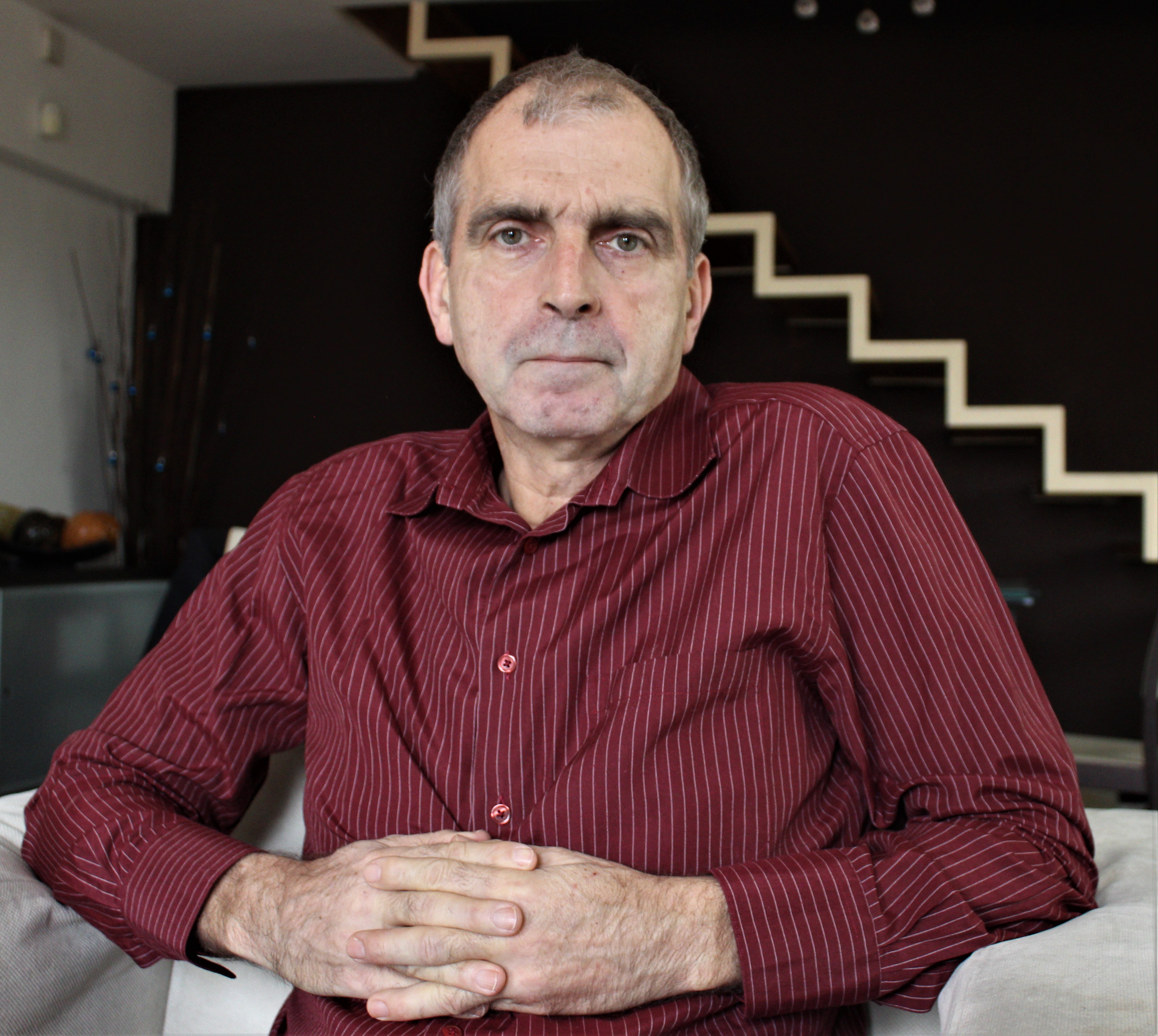 Ivaylo Ditchev is professor of cultural anthropology at Sofia University and as an author engaged in the public debate in Bulgaria. He works in the field of political culture and urban and media studies and is a regular columnist at Deutsche Welle. His latest book is Културни сцени на политическото [Cultural Scenes of the Political], published in 2020. He is also the publisher of SeminarBG, an online journal for cultural studies. 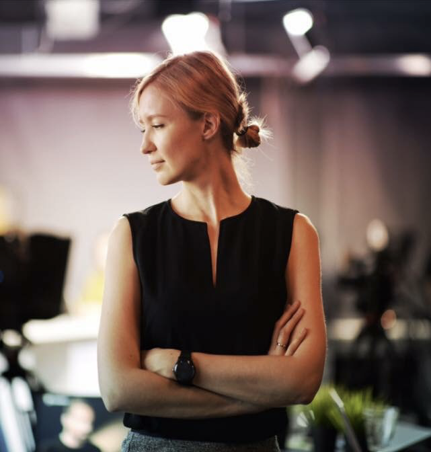 Angelina Kariakina is a journalist based in Kyiv, Ukraine. She served as editor-in-chief at Hromadske and has covered the Maidan protests, Russian aggression in Ukraine, and major trials against Ukrainian political prisoners in Russia. She is a co-founder of Public Interest Journalism Lab, an interdisciplinary project, which seeks ways to popularise best practices for journalism in the digital age. Currently, she works on a newsroom reform at the Ukrainian Public Broadcaster. 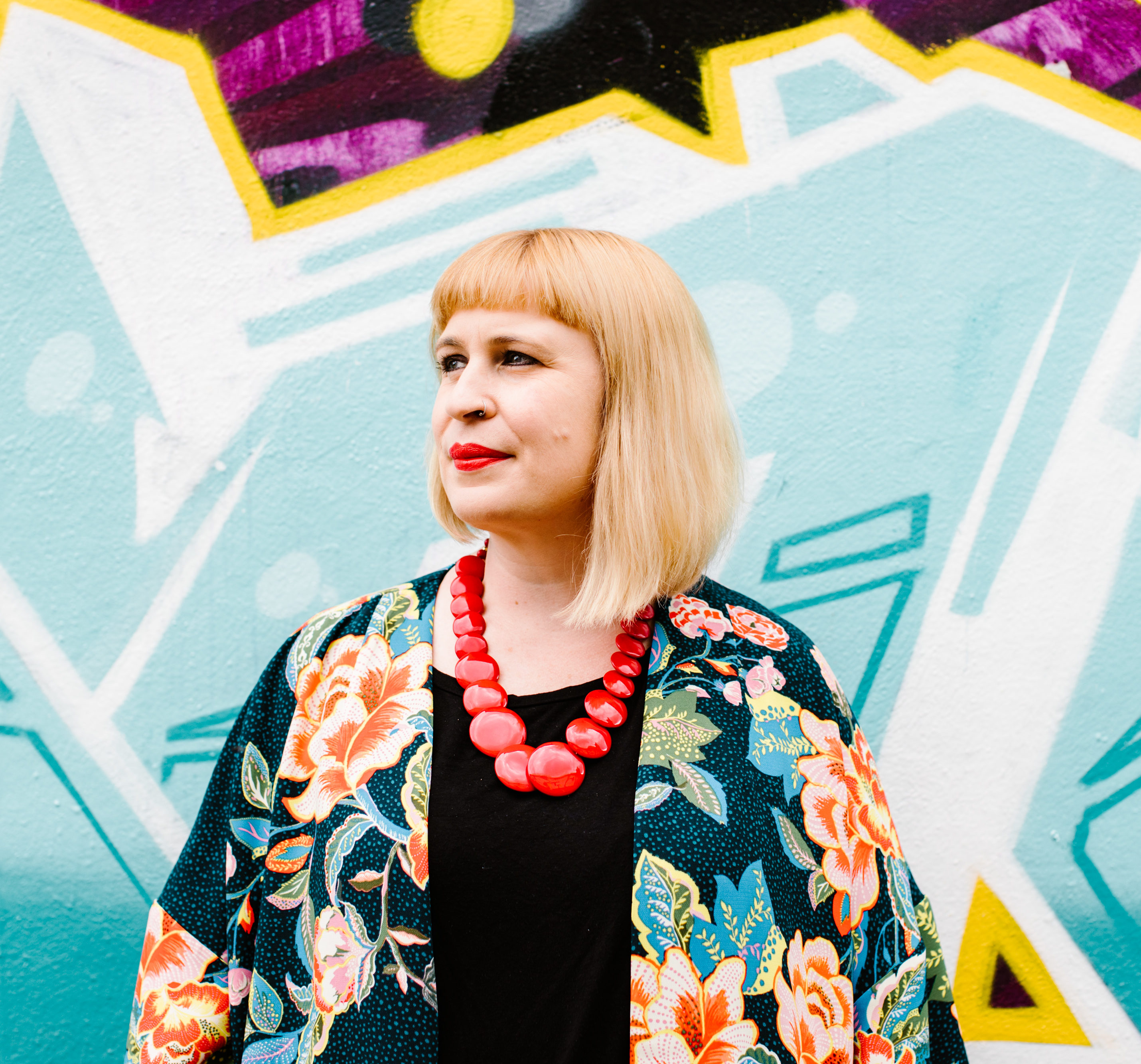 Jan Carson is a writer and community arts facilitator based in Belfast, Northern Ireland. She has a novel, Malcolm Orange Disappears and short story collection, Children’s Children (Liberties Press), a micro-fiction collection, Postcard Stories (Emma Press) Postcard Stories 2 is forthcoming in July 2020. Her novel The Fire Starters was published by Doubleday in April 2019 and won the EU Prize for Literature for Ireland in 2019. In 2018 she was the inaugural Translink/Irish Rail Roaming Writer in Residence on the Trains of Ireland. 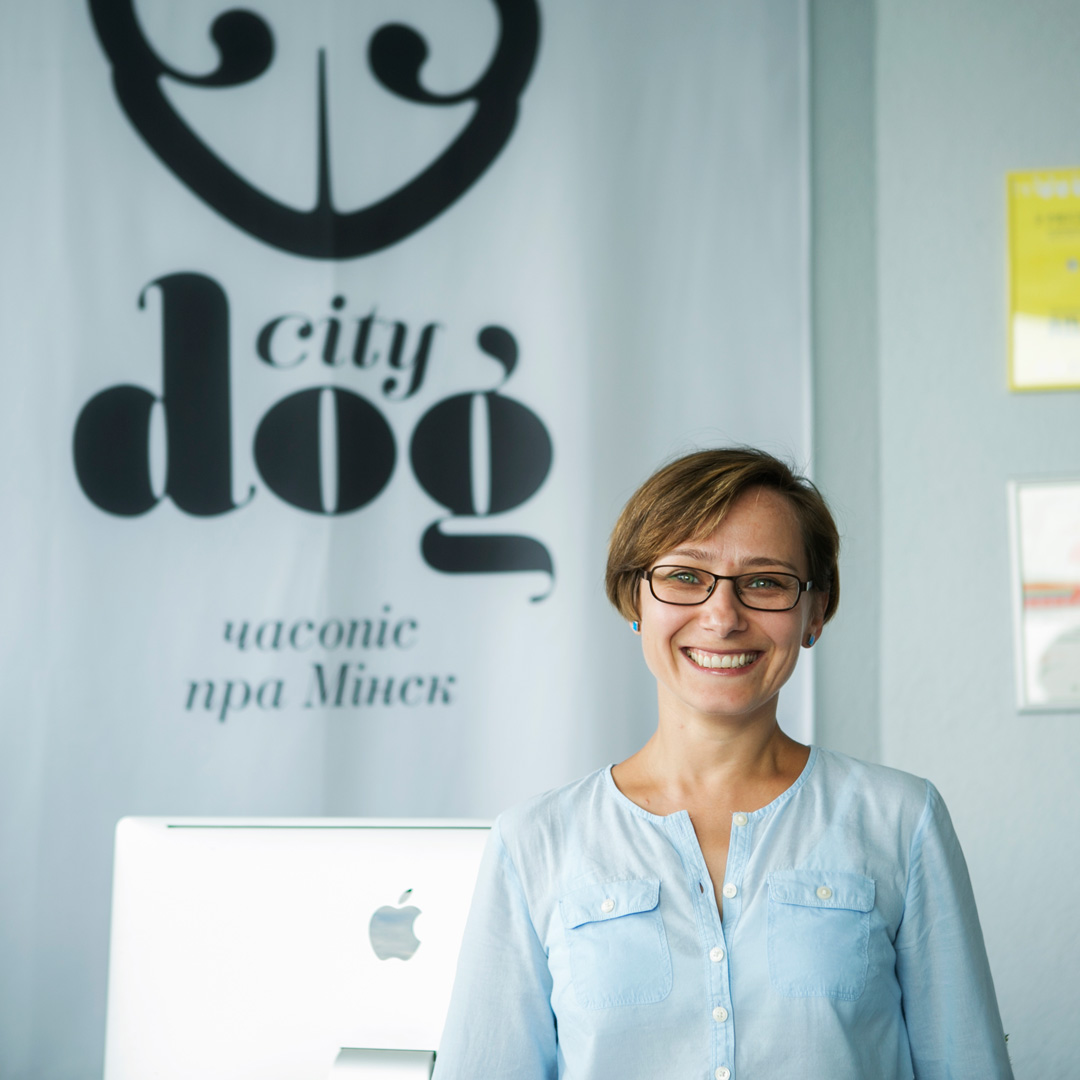 Iryna Vidanava is the co-founder and CEO of CityDog.by, a leading independent online media in Belarus. She is an internationally acclaimed digital media expert, researcher and consultant. Iryna is an author of numerous publications on new media, civil society and public policy in Belarus. She is a Board member of Belarusian Association of Journalists and the World Association of Belarusians “Batskaushczyna”. In 2014 Iryna Vidanava was recognized as one of the Top 100 innovators in Central and Eastern Europe (NewEurope100.org).

Slavenka Drakulić is a Croatian journalist, novelist, and essayist whose works on feminism, communism, and post-communism have been translated into many languages. In 2004 she received the Leipzig Book Award for European Understanding. Her new book, Café Europa Revisited. How to Survive Post-Communism, will be published by Penguin in spring 2021.

László F. Földényi is a cultural historian. He is considered one of Hungary’s most renowned intellectuals. In his role as a professor, he heads the Chair of Art Theory at the University for Theatre and Film Arts in Budapest. Since 2009, he is a member of the German Academy for Language and Literature. In 2020, he received the Leipzig Book Award for European Understanding for »Lob der Melancholie«. 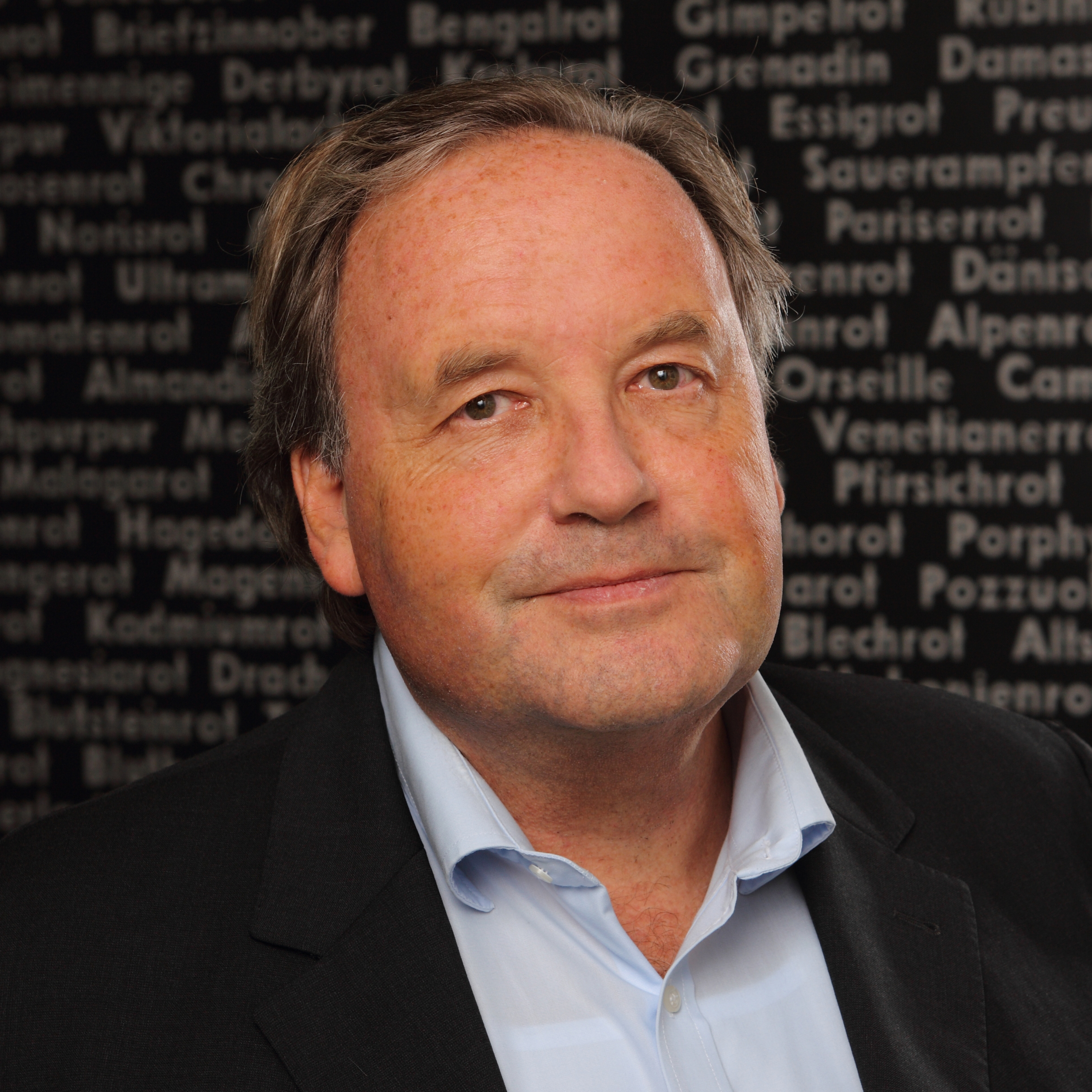 Günter Blamberger is Professor (emer.) of Modern German Literature at the University of Cologne, where he heads the International College Morphomata, a Center for Advanced Study in the Humanities, and the World Literature Festival Poetica. Since 1996 he has been president of the Heinrich von Kleist Society and since 2015 a full member of the German Academy for Language and Literature. 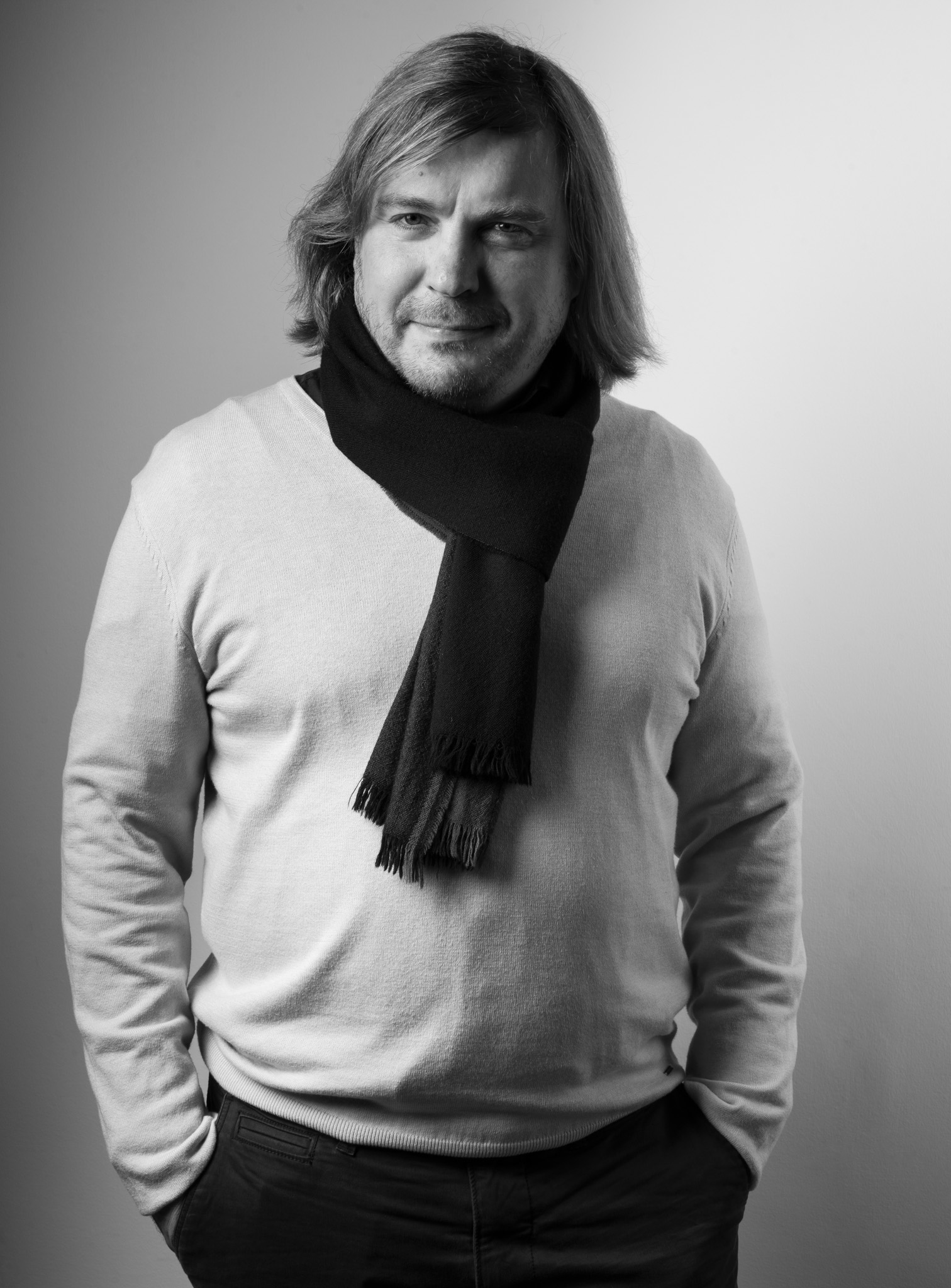 Sergei Lebedev is a Russian writer whose books have been translated into 17 languages. Following his parents’ path, in his young age Lebedev worked in geologist expeditions in the Far North of Russia and Central Asia. These were mainly former Gulag areas which remained uninhabited since the camps were closed in mid 60s. Since 2010 Lebedev has written five novels dedicated to the theme of the Soviet hidden past, the impact of Stalin’s repressions and its consequences in modern Russian life. The novels have been written through the lens of a family history and form a meta-novel which explores the Soviet totalitarian trauma.

Marius Ivaškevičius is a Lithuanian writer, playwright, and film director. His novels have been published in many foreign languages. His plays have been staged in Lithuania, Russia, Germany, Italy, France, and New Zealand, to name just a few, and directed by directors such as Kirill Serebrennikov, Oskaras Korshunovas, Rimas Tuminas, Mindaugas Karbauskis, Arpad Shilling, and Aleksandar Popovski. His accolades include 4 Best Lithuanian Play of the Year Awards and one Golden Mask Award for best play in Russia in 2017. 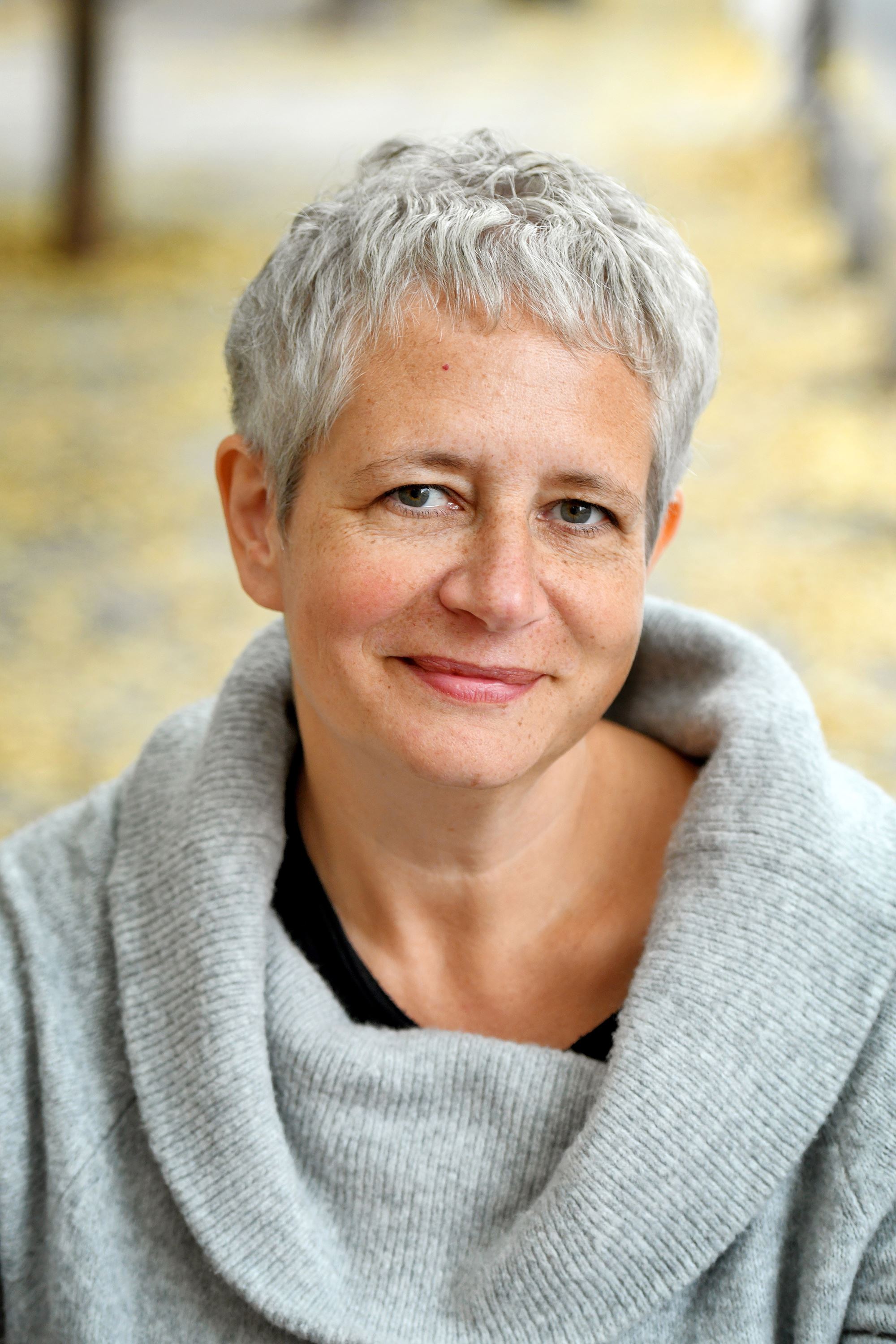 Anna Lengyel is an award-winning dramaturg, translator, director and founder of the PanoDrama, an independent creative production company and the only documentary theatre in Hungary. One of her most recent actions aims at supporting cultural workers during the corona crisis. Under the motto “I make theatre – but I know other stuff, too” she encourages employers to make use of the skills and talents of artists, theatre workers and other cultural actors in different strands of society. 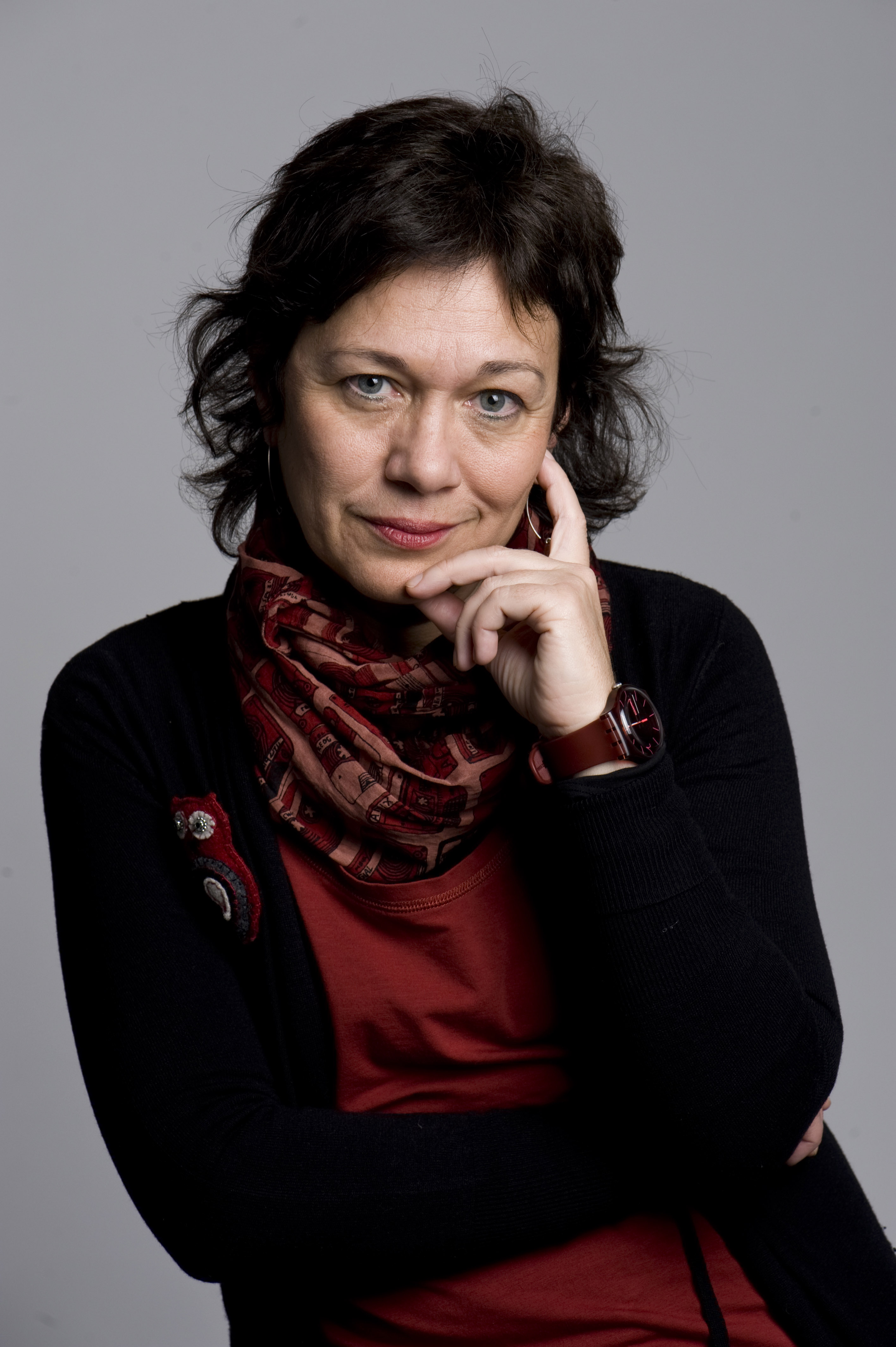 Dubravka Stojanović is a historian and professor at Belgrade University. Her work focuses on democracy in Serbia and the Balkans, the interpretation of history in textbooks, social history, the process of modernisation, and the history of women in Serbia. She is vice-president of the History Education Committee and a consultant to the United Nations, working on issues concerning history, memory, and the misuse of history in education. 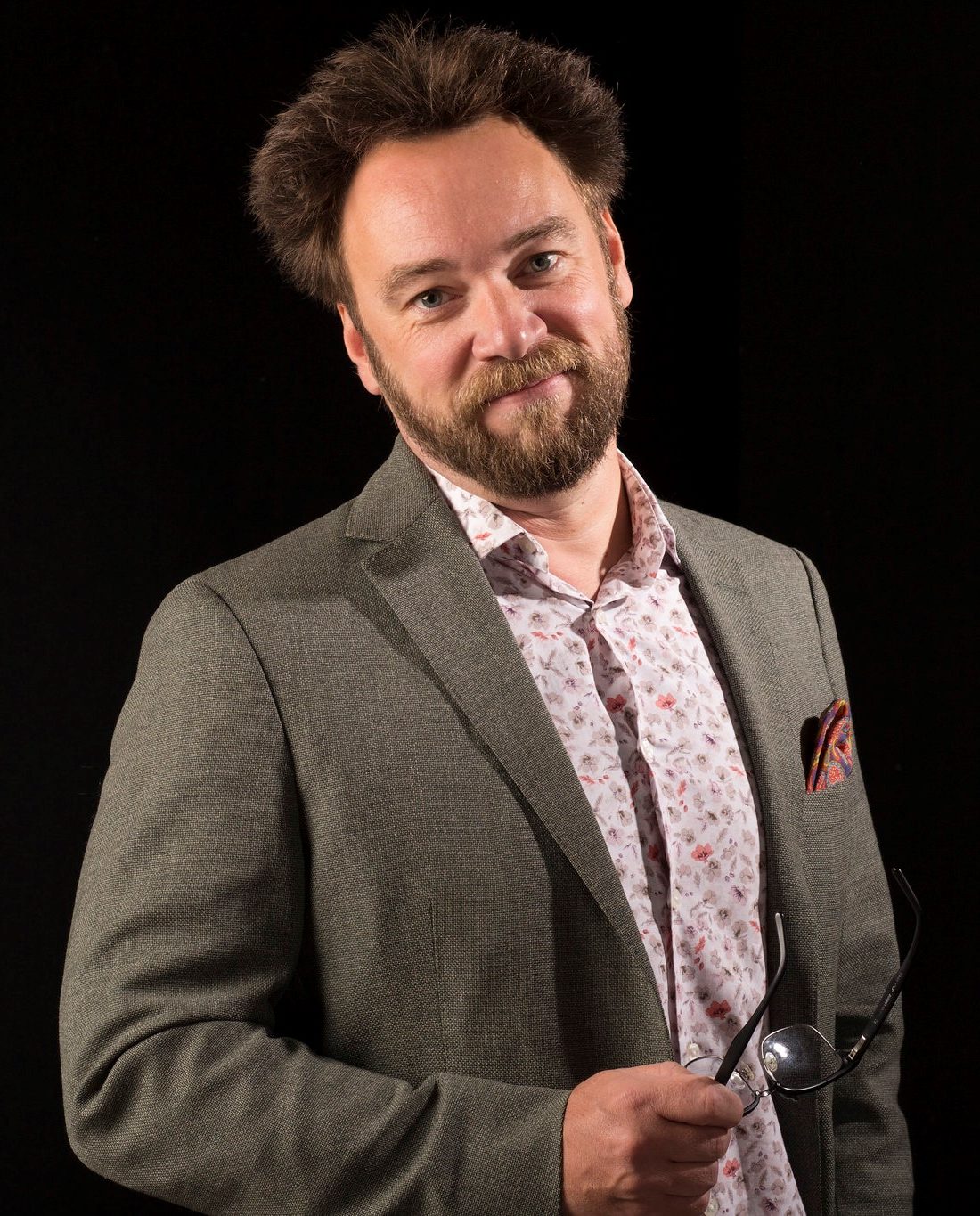 Carl Henrik Fredriksson is a Swedish editor, essayist and translator living in Vienna. Co-founder of Eurozine, whose editor in chief and president he was until 2015. He is the programme director of the Belfast Debate on Europe and permanent fellow at the Institut für Medien- und Kommunikationspolitik, Cologne. Former editor in chief of Sweden’s oldest cultural journal Ord&Bild.

An online media outlet created by journalists from the four corners of Europe, Voxeurop is born of one conviction: it is no longer possible to address the challenges of the present era at the level of the individual nation.

We would like to thank our colleagues and partners who have given us support to make Debates Digital happen.